Lately, Tibet is one of the most visited places but until the beginning of the 20th century, it was mysterious to the rest of the world. But the massive, snowy land has now mesmerized mankind. Situated on the remote Tibetan plateau at the centre of Asia, Tibet is often referred to as the Roof of the World. The visitors are rewarded with an unbelievable life long memory with its majestic scenery, mysterious and exotic religious culture and amazing people. Nothing has ever kept the Tibetan people away from smiling - in spite of decades of political turmoil and hardship, people here are always smiling with great patience and energetically. Owing to its geographic and climatic surroundings, a distinctive culture influenced by neighboring countries and cultures, including Nepal, India, and China has been developed in Tibet. Culturally, the wide territory of Yunan, West Sichuan and Qinghai which were traditionally known as Kham and Amdo respectively are still very much Tibetan, although modern Tibet confines to the territory of Tibet Autonomous region in political map. With an average altitude of 4,000 meters above sea level, Tibet is encompassed by some of the world's highest mountains. The Himalayas to the south, the Karakoram to the west, and the Kunlun to the north are the dream lands of all adventures and mountaineers.

The vast land is also the cradle of several great rivers such as the Yangtze River, the Yellow River, the Nu River (Salween), the Lancang River (Mekong), the Yarlung Tsangpo (Brahmaputra), the Indus and the Ganges. Tibet also offers awe-inspiring scenery of beautiful lakes and valleys. With over 1,500 lakes on the Tibetan plateau, including the heavenly Lake Namtso and the holy Lake Mansarova, the surrounding lands are helped to keep them flourishing. Tibet is an exceptionally spiritual place and Buddhism has been the main religion in Tibet since its outspread in the 8th century AD. There are a number of significant temples and monasteries, including Jokhang and Ramoche Temple. There is a moment of peace more often here. And although Tibet puts forth a great attraction to the tourists some things like facilities, road conditions professionalism are yet to develop. Mental preparedness, physical fitness and patience are few challenges to prevail over and there you are exploring one of the most beautiful places on earth. Tibet is the perfect definition of the very best kind of travel and you will only know when you plan your spectacular trip to Tibet to witness its magnificence. 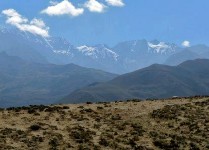 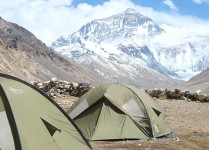 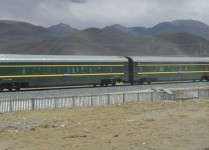 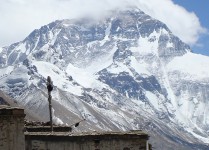 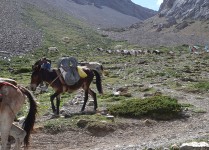 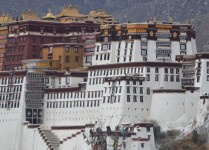 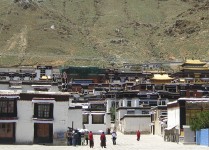 Kham or Eastern Tibet, is a land unlike rest of the Tibet. It has a unique horse...

The journey of a lifetime begins with a flight into Lhasa’s Gongar airport where you...

This short trip comprises of Lhasa, Samye and Tsedang. These sites have very important...

One of the two main routes of the Sichuan - Tibet Highway that links the Tibetan...

The Everest Base camp trek through Tibet is quite different than the trek in Nepal...

Train Journey Across the Roof of the World

This unusual journey begins at Xining, the capital of the Qinghai province and leads...

Tibet at a Glance 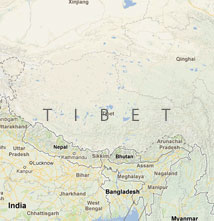 Languages:Shino-Tibetan. English is also used in the tourism business and other languages like Hindi and Nepali are spoken by the Indian and Nepalese merchants.

Religion:Tibetan-Buddhism being the main religion others are followed by Bon, Hinduism, Islam and Christianity.