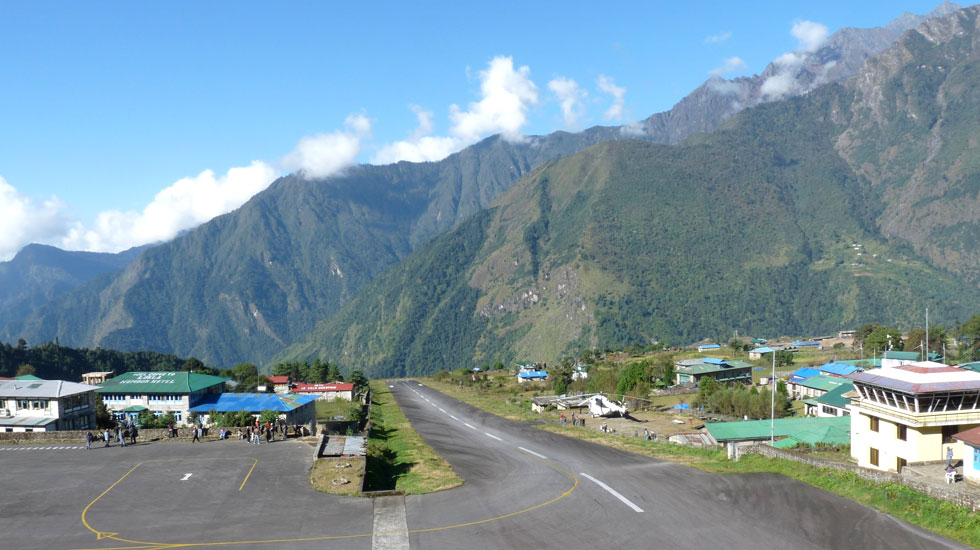 As Nepal is surrounded from three sides by India and if you are traveling in India prior to Nepal, you can see if its possible to travel to Nepal via road. The border cities of Nepal are popular entry points used by tourists to enter Nepal on a daily basis.

Kakarvitta is Nepal's renowned eastern border town. People traveling in Sikkim and Darjeeling can enter Nepal via Kakarvitta. Bhadrapur airport of Eastern lies just half an hour drive from Kakarvitta and has regular flights operated by domestic airlines of Nepal. In Indian side, Bagdogra airport lies in at one hour's driving distance from Kakarvitta border.

Gorakhpur Railway Station is located in about 2 hours driving distance from Sunauli and is one of the most used entry points by travelers. Gorakhpur has railway connection with major Indian cities including Delhi and Mumbai. People who are already in Varanasi also enter Nepal via Sunauli. Its 8-9 hours drive from Varanasi to Sunauli.

Kodari is the border town used by travelers to travel overland between Nepal and Tibet. From Kathmandu, Kodari is 113 km and is a journey of 4 hours. From Kodari, Lhasa - Tibet's capital city - is 5 days overland journey, driving 6 hours in an average.

Nepal and Himalayas-the two names go side by side. Nepal, in political map...

Tibet, the Roof of the World, remained unknown to the world until the beginning...

Bhutan-where the time stands still, the nature and...

India as all of us know is a very large country with...