Nepal is one such country with amazingly diverse geography, landscapes, culture and traditions, all of which can be cherished on one of the many Himalayan treks. Earlier, only few tourists and some hippies were seen in Nepal but now, the number of tourists visiting from all over the world can be counted as nearly a million per year. Home to the tallest mountains in the world – Mt. Everest including other tall mountains, yaks and yetis, snow peaks, Gautam Buddha, Sherpa Climbers, world renowned Gurkha soldiers and so on, this landlocked country in South Asia has tremendously marked its presence and the past few years have been even more remarkable in one or the other way. Nepal has never been colonized and the people here belong to different ethnic group and speak host of languages representing national or ethnic pride. People here follow a rich culture that amazes the foreigners. The rich tapestry of the cultural heritage of Nepal is synthesized in the Kathmandu Valley. The three ancient cities of Patan, Kathmandu, Bhaktapur represents an epitome of harmony in urban design, elegant architecture and refined culture. These cities pack a concentration of religious monuments unequalled in the world including UNESCO recognized World Heritage Sites. Nepal – the land of majestic Himalayas is regarded as Dev Bhumi - the land of gods and world's two major religions Hinduism and Buddhism co-exists in perfect religious tolerance with finest examples of temples, stupas and monasteries being dotted all over the aforementioned cities. In fact, according to an Englishman William Kirkpatrick, the first one to reach Kathmandu, there are as many temples as there are houses and as many idols as men. And regardless of an extensive progress, Nepal’s core ethnicity has established extremely resilient. Post massive earthquake that occurred on April 25, 2015, the country is now leading to a new beginning including in tourism sector. Traveling places help you perceive the world in a different and better way and Nepal is no exceptional in this case. So, come and join us for unforgettable moments!!

Trekking in Nepal is one of the most popular activities for foreign visitors. Nepal has 8 of the 10 tallest mountains in the world and enough trekking routes to satisfy visitors of all ages and experience levels. There are easy treks for beginners - including familes, children and senior citizens - as well as moderate, strenuous and challenging treks ranging from less than a week to nearly a month long. There are even off the beaten path treks for trekkers eager to head to the most remote, least visited regions of Nepal.

Nepal Off The Beaten Path Treks 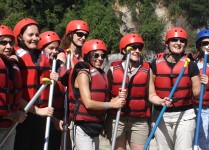 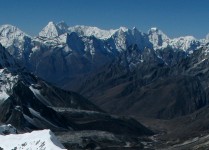 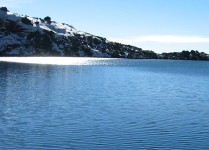 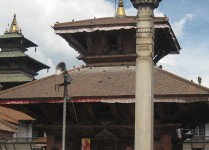 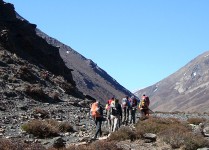 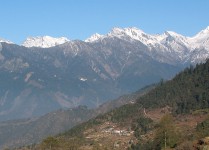 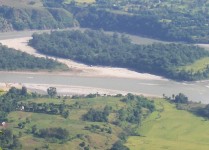 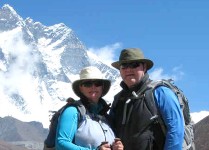 Trekking around the giant Himalayan peak Dhaulagiri (7th highest peak in the world...

This is a short and easy cultural trek, providing an insight to the lifestyles of Gurung...

This is a relatively low altitude trek and one of the most convenient and least crowded...

Himalaya in One Adventure

No trip to Nepal is complete without a trekking adventure. On this tour you’ll...

This trip is crafted for travelers who wish to have an in-depth experience of Nepal...

Nepal at a Glance 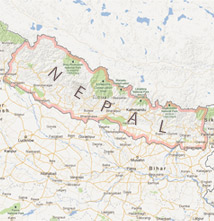 Languages:While Nepali is the official language, different ethnics have different primary languages and English is understood among many.