India: A Country With Diverse Cultures

India is a country in South Asia sharing land borders with Pakistan to the west; China, Nepal, and Bhutan to the north-east and Myanmar (Burma) and Bangladesh to the east. India is the seventh largest country by area and second-largest by population with diverse cultures and fascinating change of race, color, creed and places as we broadly travel across it. The name 'India' is derived from the River Indus, the valleys around which were the home of the early settler. The Aryan worshippers referred to the river Indus as the Sindhu. Although most people see India as a hot country with only places of historical importance and fantastical legends, what is most often overlooked is the fact that India also boasts of various trails that offer a wonderful opportunity to explore the Himalayas as well. It has amazing natural beauty and rich wildlife. Its rich culture, colorful festivals, historical monuments and pilgrimage sites never fail to attract the tourists and Indian hospitality have always been much-admired by peoples all over. India has always been famous for yoga, ayurved and natural health and in the recent time, they have successfully attracted both its native and the foreigners to a great number. India is also regarded as one of the best places for pilgrimages. Over the years, there has been enormous growth of tourists coming to India from all over the world providing a quick and rapid growth in its tourism.

India also boasts of various trekking routes, all of them spread across the country from North India to East India. It is important to note that these trekking trails however are filled with very different experiences compared to each other. While the most popular of them being the Garwal trek, Darjeeling and Arunachal Pradesh too brags a legacy of a trail being followed by hikers all over the world for more than five decades. 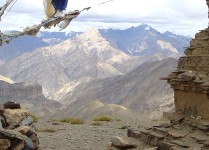 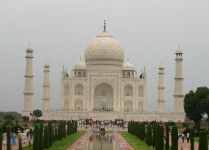 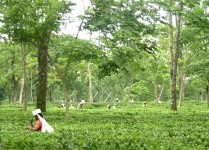 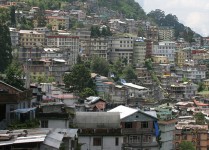 Glimpses of Darjeeling and Sikkim

This is a short trip featuring Sikkim and Darjeeling and can be an excellent chance...

The Northern Indian Highlights trip begins in Delhi, the capital city of India and...

This trip takes you to Darjeeling, the British-developed hill resort town that includes...

The Singelila range, forming the political boundary between Sikkim and Nepal...

India at a Glance 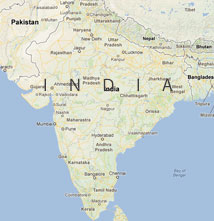 Nepal and Himalayas-the two names go side by side. Nepal, in political map...

Tibet, the Roof of the World, remained unknown to the world until the beginning...

Bhutan-where the time stands still, the nature and...

India as all of us know is a very large country with...